When Full Service No Longer Referred to the Gas Station

Once we were a farm family.  Then there was the Massage Parlor period.

Shortly after the family who had resided in the big stone house at the top of the hill across from our house died, their survivors sold the land at auction and some developers bought it.  Strike that.  The bootlegger and his buddy who later went to prison for selling drugs, bought it.  Of course I wasn’t sure what a bootlegger was in those days and didn’t know much about drugs except that once in a while somebody said something about them on “Good Times” or some other TV show, and of course occasionally a preacher would slip an anti-drug message into the sermon so as to stay “culturally relevant.”  This was the early to mid 1970s.  I couldn’t been more than ten.

Anyhow, Mr Cleek and Mr Hilton cleared the lot, knocked down about half of those beautiful maple trees that lined the old driveway, and scraped the hill flat.  We were just sure we’d get a new grocery store or some other good shopping center.  We were getting so excited.  I’d play in the dirt in front of the driveway with my toy dump trucks while watching the real thing across the road.

I went off with my grandfather to the stock yard one Saturday and when we came back we noticed they had placed a trailer in the middle of the new lot, thrown some gravel in front of it and put up one of those little rented lit signs with movable letters.  Welcome the “Magic Fingers Massage Parlor.”  No more than three hundred feet from our front door, it stayed lit all night long and flashed it’s seductive message (the massage message) to passersby on the highway, and it came straight into my room and made new designs on the walls.  My question “What’s a massage parlor?” was met with nervous silence.

So as the adults in the family were chewing on this new development, I found a place to throw my little noisemakers I had bought at the flea market that day, a kind of firecracker that doesn’t take a match, just drop it on something hard like a rock or cement, and it “pops” like the sound of a small gun.  I was having a time with those things while the family was trying to come to terms with the new development at the new development.  It seemed to be a consensus that the bootlegger and the future drug lord were just out after a quick buck instead of doing something for the good of the community.  It kind of threw us into grief.  We no longer had the bucolic front yard that faced the old road with hills and the far off Clinch Mountain.  Gone was the view of the two hemlocks on the mountain through which you could see sky poking through their lower branches that had appeared to us like the head of a large cat watching us from the ridge top.  Now we were even told not to spend too much time in the front yard.

That was all right, we had just recently gotten an air conditioner, and the inside was becoming more pleasant than the steamy outside.  I missed the long driveway up the hill with the beautiful maples.  I missed going to the neighbors’ big, stone house to trick or treat.  And I missed watching the big trucks move dirt on the new lot. 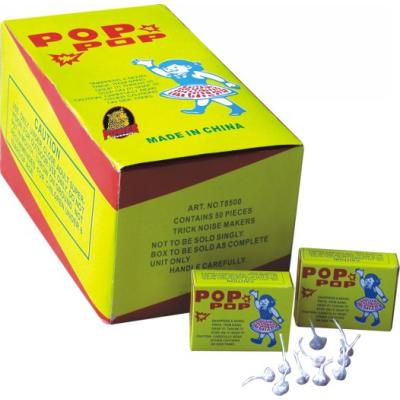 Soon a massage parlor popped up in Lynn Garden.  Another on Wilcox Drive.  Flashing signs always accompanied them.  Silly names were on the signs like “Magic Touch” and “Moonlight Massage.” (What’s moonlight got to do with it?).  Soon they were going in on the Bristol Highway too.

My aunt and uncle had inherited the lot where the old barn was, and most of it contained flat land right beside the four-lane highway.  My mom’s brother had already been running a little mini-golf and a snake-pit on this lot with a car wash he had moved there from across the river.  For a few dollars you could wash and vacuum your car, go look at several poisonous snakes, and play a couple rounds of mini-golf.  But soon my aunt started throwing her weight around and told him to close down because she wanted to lease this land to someone who wanted to develop it.  You could see the dollar signs in her eyes every time she talked about it.  Uncle Bud moved the car wash to a little spot beside our house, and closed down the mini golf and snake pit.  I thought the neighborhood was deteriorating.  We speculated that a new store might be coming.  We were sort of excited although we were still burned from this other thing.

Our aunt soon assured us that she had placed in the lease a clause stating whatever business went in could not sell alcohol.  Well, guess what.  A trailer, a little sign, and soon we had another massage parlor.  She forgot they might do that.

Little by little I came to understand what the massage parlors were for.  There couldn’t be THAT many people seeking the therapeutic relief of a real masseuse.  My buddy and I snuck over to my aunt’s new business one day when it was closed and peeped into the back double doors of the trailer.  We read the sign.  It was filled with menu items from which one could choose.  At my young age, I couldn’t understand most of it.  But the one thing that intrigued me was the notice that for $10 more dollars, any choice could be delivered “topless.”  Now I was getting the picture.

After we got this new information it wasn’t long before we were hiding behind hay bales up the hill behind this little place, acting like we were smoking our corn cob pipes, trying to get a first hand look at what was described.  Of course we were not able to do any good.  If any of the ladies did come out on the back porch, it was only to lay in the sun in their negligees. They looked a little old, and somewhat “big boned.”  So we just laughed about it and went on about our lives.

But the most glorious thing happened one evening at the first trailer, the one I described above, the “Magic Fingers” massage parlor on the bootlegger’s land.  One Saturday night it went up in flames.  It was completely destroyed.  Apparently no one was there, and it just burned to the ground.

My mother denies saying this now, but I distinctly remember her telling people at church the next morning about this tragic fire, and how she just hated to see it go, but that it had been a lot of competition for her.  Nervous laughter ensued.  She wasn’t serious.  But we were trying to adjust to the times.  And the neighborhood.  And a sense of humor was helpful.  We were just thankful when they didn’t build it back, but replaced it with a mobile home sales place that remains to this day.

Soon the others went away too.  For now.

An Appalachian CrossFitter who loves Jesus and is happily married to Tammie. I have a son and a fine little grandson. In the peak of middle age, trying to figure out the rest of this journey.
View all posts by Brad Scott →
This entry was posted in Uncategorized and tagged Bristol Highway, developers, development, embarrassment, home, humor, Kingsport, Lynn Garden, massage parlor, neighborhood, nervous, Scott County, snap pops, Tennessee, trailer, Virginia, Wilcox Drive. Bookmark the permalink.